“Every scene has its bright fleeting highlights, its fickle wave of each generation, and its longtime anchors, but through the scene I’ve known and loved, in Duluth MN, Mary Bue has been the thread that runs so effortlessly through its heart, hands, and soul. She arrived boldly and prolific. I have heard her piano climbing out the window and cascading down the Central Hillside neighborhood in the summer and  the howl of her guitar muffled in the basement in winter. Her new recording is a triumph not only as a reflection and victory over adversity, but as architecture for healing and change. I don’t let myself be lifted by just anyone, but I can trust Mary. She means it.” – ALAN SPARHAWK (LOW)

“Mary Bue gets better every record she makes. This is her best batch of songs yet. There’s an earnestness and vulnerability in her music—she’s generous with her heart but she’s fierce.” – ADAM LEVY (THE HONEYDOGS)

Mary Bue is a songwriter, Nada yogi, traveler, runner, vegan, retreat guide, and teacher based out of Minneapolis, often roaming this beautiful world. Named “Best Songwriter” of 2020 by City Pages, her newest album The World is Your Lover – produced by the Suburbs’ Steve Price – is a synthesis of her seven-plus releases, merging pianos and guitars, spiritual longing, and real-world sorrow. Her previous albums achingly express life in melancholy piano-poems, yet in 2015 Mary risked a genre switch to aggressive electric guitars, concise lyricism, and a nod to 90’s grunge.  Prolific,  lyrical, and sometimes crass,  Mary’s performances are warm and laced with quirky humor and stories of her adventures (and mis-adventures).  A survivor and advocate,  Mary is often invited to perform and speak about her healing process surrounding #MeToo of which she shares in her song “Petty Misdemeanor” (The Majesty of Beasts, 2017).

Not one to bow to popular music trends, Mary has stayed true to her own sound, evolving and about to emerge, butterfly-like, with support from her new band collaboration Mary Bue feat. Steve Price, Jeremy Ylvisaker, Richard Medek, Shannon Frid-Rubin, Julia Floberg, Molly Maher and Crystal Meisinger with special album guests Alan Sparhawk (Low), Adam Levy (The Honeydogs) and Stephan Kung (The Suburbs).

In January 2020, Mary traveled to Rishikesh, India at the base of the Himalaya (where the Beatles & Donovan studied with Maharishi Mahesh Yogi) to study Nada Yoga – the yoga of sound. Sanskrit mantras, lessons in harmonium, voice,  and sitar (which she purchased and brought home, ha!), yoga asana, pranayama, meditation, and purification techniques were practiced to invite a pure vessel for deeper experiencing & creation of sound.

A prolific songwriter, Mary’s music touches upon archetypal themes of the human condition: love, loss, triumph, dreams,  and the natural world. A longtime student of yoga and psychology since her early teens, Mary weaves sacred subject matter into her songs, seeking of deeper levels of consciousness, and deep concern for the environment mixed real-world hue.

“It’s for someone who wants something fresh and uninhibited,  something stimulating and candid; and something instinctive and unbridled.  It’s a winner.” – Duluth News Tribune

Before she left for the desert, Bue also traveled to Nashville to record her new EP, “The Majesty of Beasts,” a stunning collection that covers thicker personal terrain in four quick songs than is found on most full-length albums. … It’s high time Bue’s talent becomes more universally known in her newly adopted hometown.

Her momentum hasn’t slowed since. Bue’s seventh release, The Majesty of Beasts, is a brief but powerful pop-rock EP that veers between fierce jams and wistful ballads

As Mary Bue and her whip-crack band tuned up, it became clear that for all the smiles and laughs, they weren’t there to mess around. When 2007’s “No Turning Back” kicked the crowd in the gut, the tone became clear: This was no bullshit; it was a winter howl, a big riff riding tight rock ‘n’ roll rhythms.

There are darker, hidden, depths that take a bit of time to fully appreciate beneath the face value of the songs but once you spend a bit of time exploring the inner secrets of the album it will be one you return to time and time again. – Dave Franklin

It’s quite brave of her to shift direction so starkly six albums into a career distinguished more for its critical plaudits than any commercial success. However, this possibly foolhardy move pays off artistically and listeners can hear how her clear, free-spirit approach works up a wicked groove throughout that doesn’t stop or fade out as the release moves through its eight tracks. – Montey Zike

Holy Bones is unique fare. Bue has co-opted a well-worn musical vocabulary and twisted it with her individualism and idiosyncratic voice. Her top shelf songwriting and evocative musical accompaniment are informed with considerable chops, but every performer involved has the taste and good sense to orchestrate these songs for maximum effect. Holy Bones is one of the year’s best understated mood records, but its achievements extend beyond easy categorization. Bravo to her for this daring and suggestive musical reinvention. 9 out of 10 stars.

The World is Your Lover Album Cover (vinyl)

The World is Your Lover Album Cover (cd) 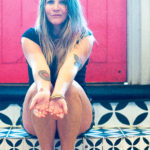 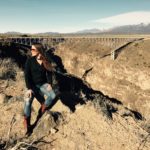 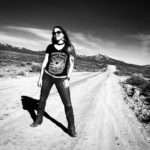 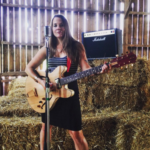 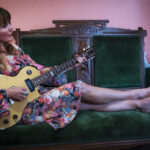 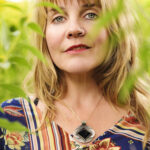 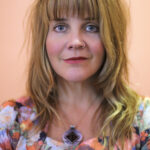 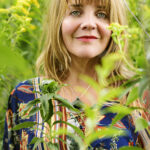