Good morning to you on World Mental Health Day.  I want to re-post a piece I wrote for an excellent local mental health organization called Dissonance and share with you some struggles I had as a teen,  which sometimes linger and loiter into my adult years.

This blog was originally posted on the wonderful Dissonance blog,  a mental health + creativity support organization whose mission is as follows “Dissonance examines the intersection of creativity and wellbeing, working to create safe spaces, smash social stigmas, and shape education and business practices relating to mental health, addiction, and compassion in the arts. In short, we want to contribute to a healthier environment in the arts community. Collectively, we need to find new ways to support, sustain, and celebrate creativity.”

Please be sure to follow their work,  check out their programming,  and enjoy their blog at www.dissonance.website

I could easily say, “I wasn’t your normal American teenager,” but I don’t think there is such a thing as a “normal teenager” … or even “normal” in general. Sometimes I’ve heard that your first trauma is where you might stay stuck developmentally. And I wonder if that’s why often I feel reckless and distracted, and consistently on an emotional roller coaster, like the 16-year-old I was when I rolled my parents’ Buick LeSabre and hung upside down by my seat belt while the trance music blasted and the car interior bathed eerie electric green from the clock on the dash.

I hate to say it because I love and adore my parents to the absolute “nth” degree and have nothing but respect and gratitude for them, but I was a terrible lying scumbag of a teenager. I was also a goodie goodie, getting mostly straight A’s and able to start college two years early, but still, a lying cheating scumbag.

One weekend I went to a camping rave and partied hard with my first love, my besties and that bumping, thumping house, trance or dub music that still gets me on both a core level and an aversion level. This was the mid-90s — an era of pink halter tops, phat pants and secret numbers to call for the location of each night’s gathering.

That weekend, I had somehow locked my keys in the trunk. My friends managed to pry off the back bench seat and get my keys out, but damn, I’ve often wondered if that was a good thing. Or, does everything happen for a reason?

Driving the three or four hours home on Sunday (I was sober, but hadn’t slept … and is sleep deprivation worse? Or is just being a 16-year-old behind the wheel bad enough?), I dropped off a dude friend who had a tattoo of barbed wire on his neck (I hope you’re still alive, man!). Still 45 minutes from my own home, I turned up the trance music — amped and stoked from the fun weekend — and did a little “car dancing.” You know, dancing around in your seat to the beat.

But soon — I’m not sure what happened; maybe it was the hypnotic quality of the dance-y trance music or the relative emptiness of the freeway — I somehow swerved and hit the lip of the tarmac, over-corrected and began rolling side over side, over and over, down a deep ditch next to highway 169 between Elk River and Zimmerman, Minnesota.

When I came to my senses, I was hanging upside down from my seat belt. Christopher Robin’s mix tape was blaring. I COULD NOT SHUT IT OFF. IT WAS SO LOUD. ALL I WANTED TO DO WAS SHUT IT OFF AND COME TO PEACE AND QUIET. There was shattered glass all around me. It didn’t take long to realize I had to get out of the car. I unbuckled, crumpled to the ceiling, crawled and exited the opening left by the shattered back window.

I had NOT A SCRATCH. Not a scrape. Not a bruise. Not a cut.

The music was still blaring.

I walked up to the side of the highway. People had stopped at that point. One of them was a nurse. I cracked a joke. “My parents said it was a good family car,” I chuckled. It was NOT funny to her.

Soon enough, a cop came around and drove me home. He seemed nice enough. A few weeks later, I got a ticket for “inattentive driving.” Bastard!

My police escort left after my mom answered the door. She was in shock. Because I wasn’t hurt, it was even harder for her to believe the story. She got really angry. I get it now; I would have gotten angry too. I went to the shower, and that’s when it hit me.

I thought, “I could have died.”

The weeks after that were a total blur. We went to the junkyard and saw the car and the smashed-in windshield. Took a Polaroid of it. I could have died.

And then it switched to, “Why am I alive?”

And then, deeper than that: “Why am I alive, and why do so many other people die in accidents like these?”

And then, I went for a bike ride.

I went to the forest on my mountain bike. Sometimes the wheels would get stuck in the sandy soil and I’d spin out and get back on the weed-strewn path. I was headed for my favorite place on the land, a curve in the road through deep, tall, thick pines. Some white pines, some Norway pines. Green heavy branches all around — protective arms with the softest looking fringe of needles. So thick, the sunset shifted like a strobe as I moved along the path. So quiet, except for the wind. To this day, that is my favorite sound of all — the wind through thick pine branches.

I had a hint of a suicide wish that day, consumed by a repetitive, negative mantra of worry and guilt at having survived my car wreck. I felt like I was unworthy of living, unaccepted by my friends, not good enough to my parents, and not cool enough to be loved by my first love.

When I arrived at my favorite place in the forest … there was a fluttering of wings.

The monarch butterflies were in their migration. It was late summer, time for them to fly to Mexico, and they had perched in the limbs of my favorite trees to rest. Clumped together in packs, they fluttered above my tormented little head.

As I watched, it was trance-like. I became totally present for what Maslow dubbed a “peak experience.” All of my sadness and guilt disappeared. Nothing else but this. My internal compass led me to that place, I truly believe, to see these creatures on their way to something new, at a distinct transitional juncture in their life cycle.

My hope, my magic, my love for life slowly began to return in that moment.

I was granted a gift from the beauty of nature, so supreme that I knew it was a sign I was meant to be on this earth for some more time. To do what, I still am not exactly sure. But this gift of beauty and delight was not wasted on me.

wind grasps the fear
swirling mists of sun and frozen tear
feel days brush against your cheek
they’ll slip away, yes,
but you know now what to seek

During my first tour in 2004, while in Austin, Texas, I got a monarch tattooed onto my upper-left arm. A forever reminder of hope and transformation. The fact that monarch butterflies are now being assessed for endangerment kills me. The degradation of our beautiful natural places makes me wither. But I try to do my part, and that includes sharing this story.

I still don’t know exactly why I’m here, but if gifts like my experience in the forest are also here to be found, that is enough to keep me awake and alive on this beautiful earth. 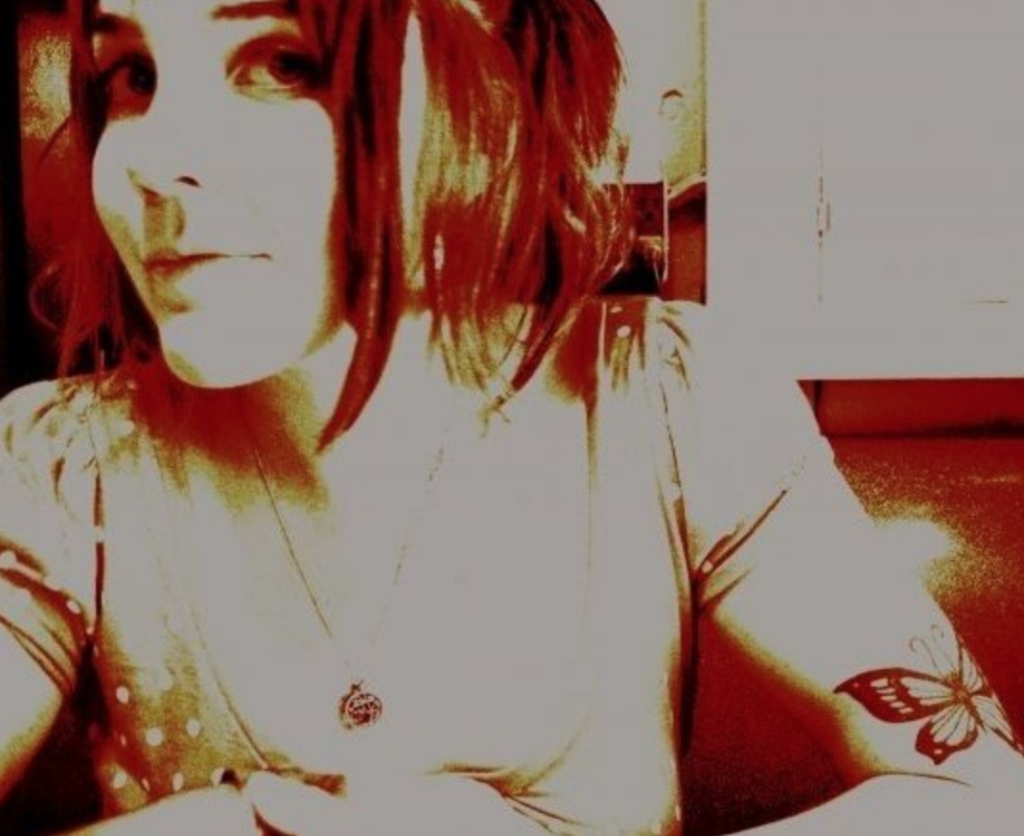 It would be AMAZING to share my work with you via Patreon,  which provides a platform for artists and creatives to make what we love in a sustainable way.  If you’re interested in supporting my work,  would be stoked if you became a patron!

A day in the life of this creative...