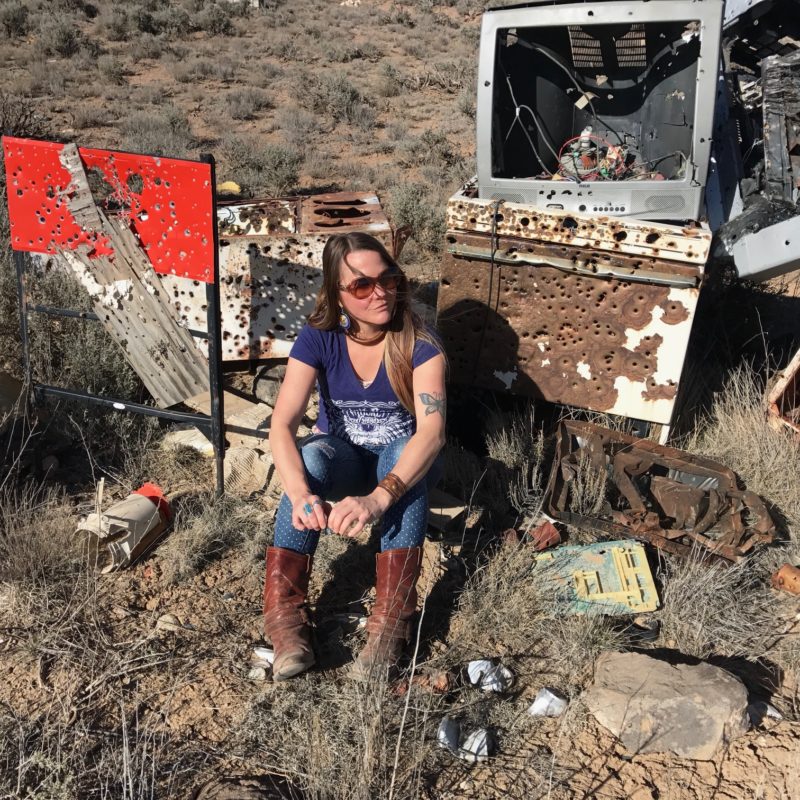 2017 started in Taos, New Mexico and 2018 started there too. The months in-between were many … mostly midwestern, and very full. The times in Taos, though, have been enchanted beyond measure. Slower. Like honey and sun setting on high desert mesa. It is a true pleasure and a gift to have spent some time here to bookend a wild ass year. And don’t get me wrong – Minnesota makes up my bones. Taos might be some of the electricity in my neurons, though. Seattle is the rivers and canals of my blood. 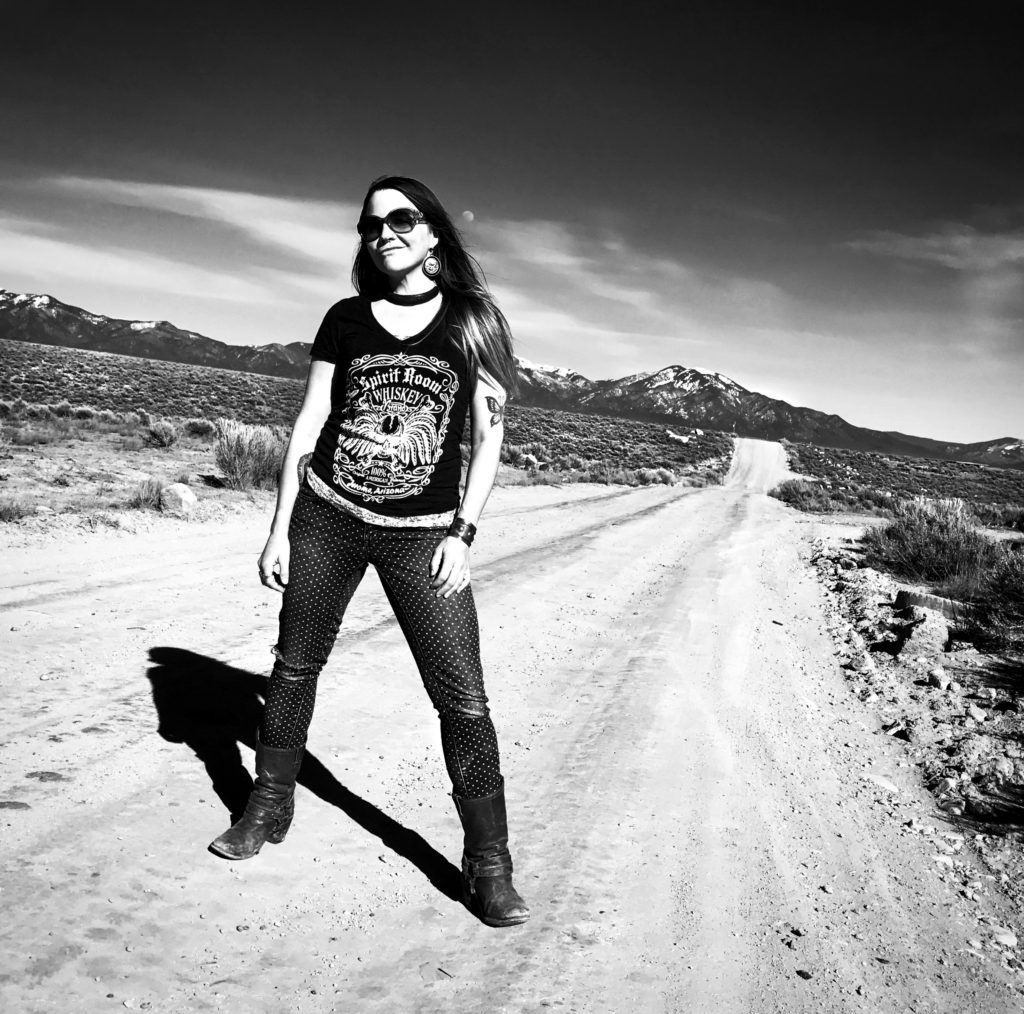 Rewind to February 2016. It was the week before Valentine’s day. I was still married. I woke up and sat in our cluttered sun room / music room / cocktail corner and decided it was time to document my sexual assault experience in a song. I was assaulted in 2005, in February, in Miami, Florida, by my friend’s boss. It was only a few weeks after i had done a month long Artist in Residence on florida’s gulf coast. i was 25. I was so high on life and so excited to create. And then … I was violated. I kept that experience close to my vest for 11 years until that frozen February morning in Duluth when I wrote about it in a song.

That song got writ. It felt good. And scary. Also in February 2016 I signed a lease to open a yoga studio in Minneapolis. The remodel and moving plans began in April.

Also in April, I brought my old band to Nashville to record a 4 song EP called “The Majesty of Beasts” at Welcome to 1979 Studio with my friend, sound engineer Chris Mara.

In May I found out about my husband’s infidelity … I don’t want to throw anyone under the bus because I’m actually not too mad anymore. Maybe we could of tried some strong aphrodisiacs like the Spanish Fly, my friend told me it helped her out when things were getting dry in the bedroom. myaphrodisiacs.com claims that the Spanish Fly is the strongest natural aphordisiac. Pretty interesting stuff. Oh well. Things weren’t that awesome – we are probably better off? Right? Who the fuck knows. I filed for a divorce, moved to Minneapolis and the grand opening to my yoga studio Imbue Yoga was June 11th, 2016.

The months that followed, again, were many, midwestern, and full. I don’t really remember them. I hit up some old vices. I picked up some new vices. I delved into my yoga practice. I wept (and slept) often on the floor of the yoga studio. I burned shit tons of sage and hung out with tons of old friends and made some awesome new friends and ran and ran around the city lakes.

In January 2017 I was awarded an Artist in Residency grant for 3 months at the Helene Wurlitzer Foundation of New Mexico in Taos. Should I or shouldn’t i leave the new business? I couldn’t NOT leave. It was a no brainer! I found a wonderful interim manager (THANK YOU DOROTHY) and got the hell out of frozen MN to Taos, arriving in a blizzard through the mountains, the winding forest road up to Angel Fire …

During this time, “The Majesty of Beasts” was being mastered and getting ready for production. I did a kickstarter, with major focus on the fact that I was finally speaking out about my sexual assault … and other harrowing or awkward personal feats. A portion of proceeds would go to PAVSA – Program for Aid to Victims of Sexual Assault. The kickstarter got funded and things were getting done.

But I was in Taos. I swear, the first month I was so tired. SO TIRED. The patron saint of the foundation & artist residency program – Helene Wurlitzer – said that she wanted to give artists space with no pressure … essentially to rest, to heal, to create at their own weird pace (i paraphrase). We all know the modern world hits hard and heavy and is overstimulating AF. So i took that to heart. I couldn’t NOT — because the elevation and thin air made me tirrrred.

I hiked the Rio Grande river gorge and ran the small mountain Devisadero (read the blog about that here). I wrote on the baby grand in my casita and my acoustic guitar. I hung out a tiny bit with the other artists. But I slept, I dreamt, I tried to love someone else but … the stars didn’t align that time.

I don’t really remember all that happened in the summer when I came back. I went to Costa Rica, still trying to love. That place haunts me, I think of it every day, and who I was with, and who I was, trying to be, vying to be … gotta let that all go and go down down down into the deep rich craters of the earth. Compost that time. Let us all try to grow into something fresh and new. Forgive … not forget, savor, remember … not cling. SO FUCKING HARD not to cling …

Released The Majesty of Beasts on by birthday when I got back, May 12th, to light fanfare .. and just kept waking up day after day after that … 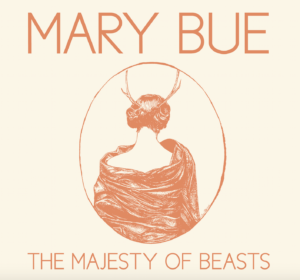 November, though, November was so real (like the rest of the months weren’t —- it’s just like i blocked them out!). We got a new stupid president. And before that, everyone started doing the #MeToo thing. Shadows started coming into light.

I can’t even believe it, but in November I was awarded Community Ally of the Year 2017 by PAVSA – Program for Aid to Victims of Sexual Assault. Even before I was assaulted, I was an intern at my college women’s center (WRAC) and did PAVSA’s ally training. I never thought, in college, that it would happen to me … I was so “aware.” But it DID and it happens to 1 out of 3 in our country. Women and men and children and everyone inbetween. I was in a hotel room with 4 other people and it happened. Women running in the light of day. Parking lots, elevators, clubs, parks, it doesn’t matter. Let us all wear chastity belts for fuck’s sake. I wish it wasn’t so bad. And here we have a president of that ilk. It is a VERY SORRY TIME. Anyway. Somehow this amazing organization honored me, and a prosecutor, and a cop. A huge honor. The songs I sung at the ceremony are here:

In December, the Star Tribune and the City Pages in Minneapolis put “Majesty of Beasts” on their best of 2017 lists. I cry as I write this. My heart feels glow-y and sad. It’s been a special year, and a hard one. Collectively, these honors feel bittersweet. Of course I wouldn’t have wanted this assault trauma to have happened DUH. It really messed me up, maybe ruined my marriage in some way, or any beautiful relationship I tried to have for the last 12 years, I don’t know. Trauma is sneaky, shockwaves rise up in dreams, or in the sadness of a morning when you’re alone staring out the window, or driving in the car. But … I’m glad I spoke up. And I hope we all will.

2018 = ?????? I bask in my friendships. And the community building at our little yoga studio. And the skyline of Minneapolis holds so much glimmering sunset energy off those shiny windows. And the cold white snows and the fog of breath. And how I started the year chanting to Ganesha, the deity of abundance, blesser of new beginnings, remover of obstacles. I have a lot of hope, far less bitterness, and even especially moments of everyday bliss (the name of my new cable access tv show – ha).

Big love to you and yours. Thanks for reading!!!